Warm And Dry For The Weekend

Looking dry and warm for the weekend. We topped out at 96 degrees on Friday and a cold front rolled through shortly after. We will return to the 90’s today, however, we’ll be about 6 degrees cooler for our high.

A little cooler in the morning with upper 60’s to start under mostly clear skies and light north winds. Mostly sunny and a little cooler with highs around 90. Light north winds around 6 mph. It is looking warm and dry over the next few days. By the way, Halloween is 47 days away! 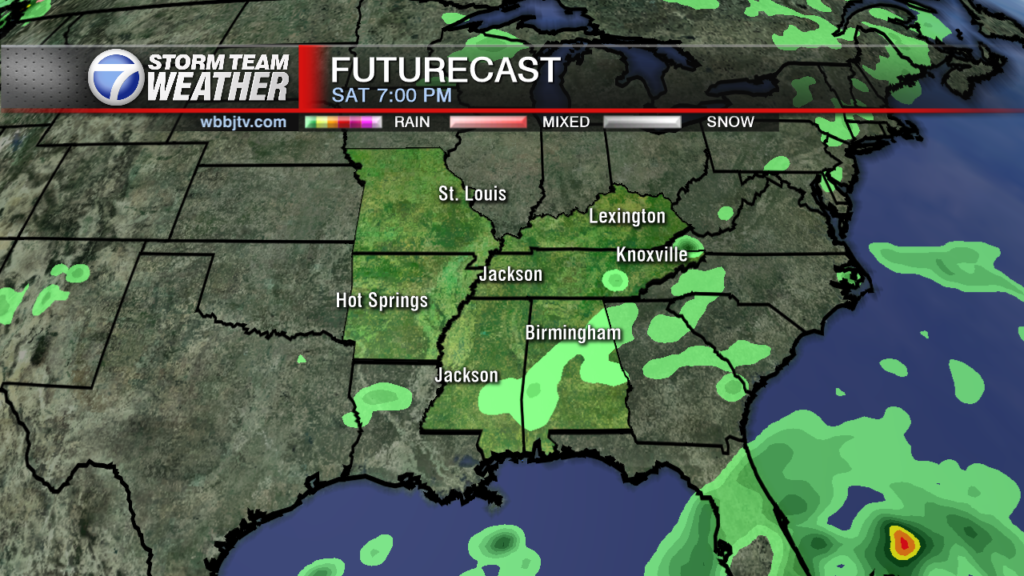 We’ll be cooler over the weekend nights with temperatures in the lower to middle 60s at the coolest point of the night. 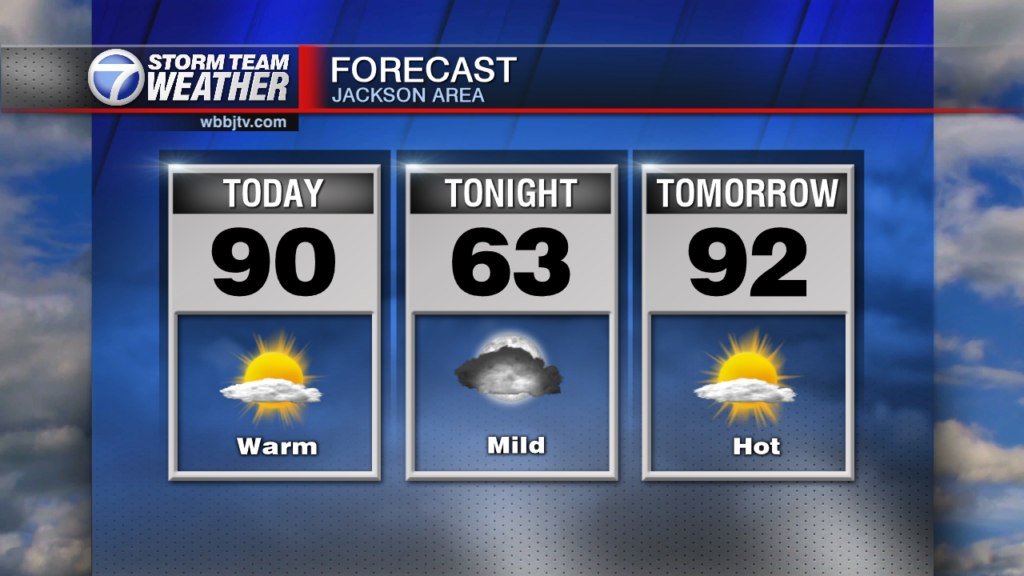 Stay with WBBJ 7 Eyewitness News for a look at when rain might finally return and keep up with Storm Team Weather online too for more updates.

At 9:00 AM CDT, the center of Tropical Storm Humberto was located near latitude 26.6 North, longitude 76.6 West. Humberto is moving toward the northwest near 6 mph. A turn toward the north-northwest is expected by Sunday, with a slower northward motion forecast to occur by Monday. On the forecast track, the system is anticipated to move very near the northwestern Bahamas on Saturday, and offshore of the east coast of Florida this weekend and early next week.

Maximum sustained winds have increased to near 40 mph with higher gusts. Gradual strengthening is forecast, and Humberto is expected to become a hurricane in two or three days.

Tropical-storm-force winds extend outward up to 90 miles from the center.

The estimated minimum central pressure based on data from the NOAA Hurricane Hunters is 1008 mb (29.77 inches).

HAZARDS AFFECTING LAND
———————-
WIND: Tropical storm conditions are expected within the warning area in the northwestern Bahamas by early Saturday.

RAINFALL: The depression is expected to produce these total rainfall accumulations through Sunday:

STORM SURGE: This system is not expected to product significant storm surge in the northwestern Bahamas.

SURF: Swells generated by the depression are expected to increase and effect the coasts of Central Florida to South Carolina late this weekend and early next week. These swells could cause life-threatening surf and rip current conditions.