Caring for someone with memory-related diseases is difficult, expensive and heartbreaking. However, one company is trying to take the weight off caregivers’ shoulders. 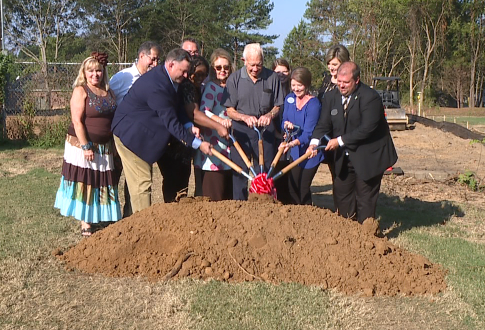 According to the Centers for Disease Control and Prevention, Tennessee has one of the highest Alzheimer’s rates in the country, and that’s expected to soar in coming years.

“Just to be able to take that load off of them and allow them to be a daughter or son, instead of caregiver,” Duggin said. “We like to be able to give that back to them.”

The company is building a $5.5 million building, specifically designed for memory care.

“We want our building to be secure, so we know they are safe,” Duggin said.

It will be a one-story building and home to about two dozen people.

“It will have apartments, its own kitchen, its own hair salon, its own activities area. It will be really its own entity,” Duggin said.

And, in the new community, they plan to use programs to help create a better quality of life.

“It’s very rewarding to see someone pretty much having to sit at home and be stuck in four walls, then come here and have a whole community to enjoy,” said Brookdale Executive Director Clint Hickerson.

The facility is expected to be done in the next year.

If you are caring for someone with dementia or Alzheimer’s, the Caregivers Support Group will meet at 6:30 p.m. on Thursday. The meeting will be held at the new Alzheimer’s Resource Center on North Parkway, and the meeting is open to the public.

The Walk to End Alzheimer’s will be hosted Saturday on the Union University campus. WBBJ 7 Eyewitness News anchor Brad Douglass will emcee the event.