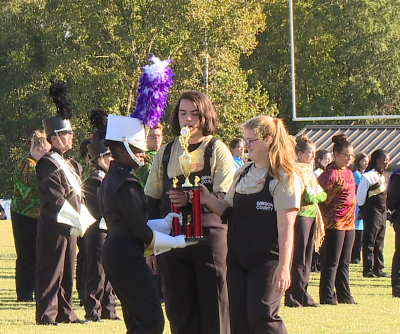 The announcement was made during the Gibson County Marching Invitational Preliminary Awards.

The event was held on the Yates Field at Gibson County High School.

“We applied to the Tournament Roses Parade for 2021, and all the directors were on board,” Tate said. “They selected 13 bands out of over 120 applicants, and we, as a mass band, were one of the lucky participants in the 2021 parade.”

The Air Evac Lifeteam helicopter also made a surprise visit during the awards ceremony.