LEXINGTON, Tenn.– The Tennessee Department of Health has reported 53 cases of serious lung injury among people who use e-cigarettes and vaping products, sparking concern in the vaping community. 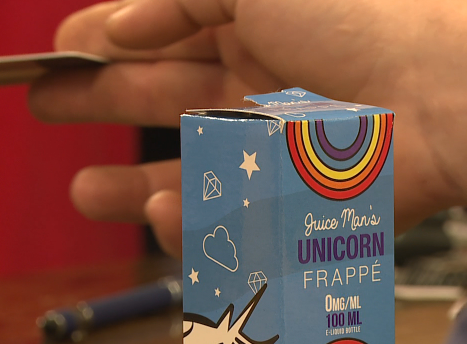 “The biggest concern is, ‘Is this killing us?’ and really wondering what’s in this,” Dylan Roe, the sales manager at Lungbusters Vape Shop in Lexington, said.

The Tennessee Department of Health is telling people to reconsider vaping, and now that’s affecting their sales.

“It was slow enough to where we were concerned about making our taxes at the end of the week and end of the month, our payroll and insurance and everything else,” Roe said.

So far, the Tennessee Department of Health says national data suggests products containing THC, particularly those sold on the streets, are linked to most of the cases and play a major role in the outbreak.

Roe says that is not what they sell at their store.

“Everything we sell is perfectly legal and FDA regulated as well,” he said.

Roe says the ingredients are listed on the back of the boxes, so you need to read them before you put them in your body.

“You really do need to be checking everything you put into your body, and especially you want to be sure that it’s legitimate FDA-regulated stuff that you’re going to be using,” he said.

And, he says to keep his business open, he’s doing everything from purchasing different products to running sales.

“Just trying to last until it finally blows over,” Roe said.

One death has been confirmed in Tennessee, and 49 states have reported illnesses.