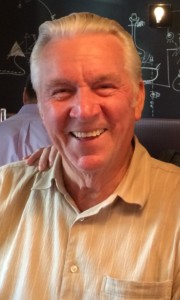 Ken was born June 5, 1938 in Franklin, Tennessee, the son of the late Charlie Ephraim Inman and Martha “Lois” Mealer Inman. He attended North High School in Nashville, Tennessee, but did not graduate. He met Norine Williams at the age of 16 and married her at age 17, after joining the U.S. Navy with his mother’s permission. He obtained his GED while serving in the Navy and obtained a bachelor’s degree from Memphis State University. While serving in the Navy, he also worked full time at Greyhound Bus Lines and raised three children with Norine. After getting his degree, Ken became a Special Agent with the Interstate Commerce Commission (ICC). While working at ICC, he attended Memphis State University and obtained his Doctorate of Jurisprudence in 1985. After passing the Bar on his first try, Ken practiced law for over 25 years, specializing in transportation law. Ken proudly served as a Deacon at the Somerville church of Christ. He was active with their benevolence committee, prison ministry, helped to baptize several inmates and handled in-house attorney services.

The family requests that memorials be directed in Mr. Inman’s honor by going to http://give.org and singling out BrightFocus Foundation or Alzheimer’s Foundation.