TROY, Tenn. — A cancelled Christmas parade has some residents of a West Tennessee town up in arms. 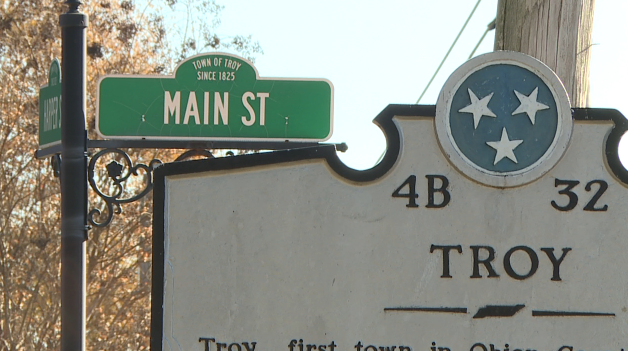 Troy resident Dwight Tittle, along with his family and friends, had planned to decorate a float for the annual Troy Christmas parade.

The float had a message of acceptance, but when city leaders cancelled the parade, the threats started.

“There are some social media posts where people suggest that they buy the two and one-half inch jawbreakers, which are terribly hard, and throw it at the parade. My son received a message where he said they suggested he should be lynched,” Tittle said.

Tittle says there were rumors about why the parade was cancelled, and he reached out to Troy Mayor Deanna Chappell.

“I tried to explain to her that we’re not a Pride float. We’re not an LGBTQ float. We’re a float for everybody,” Tittle said. “She just said she can’t comment.”

The post has hundreds of comments, debating why the parade was cancelled.

Troy City Alderman Bryant Cruce says the parade was not cancelled because of Tittle’s float, but because some volunteers opted out of working the parade.

Cruce says he heard the rumors of threats after the parade was called off.

“Had I known anything about that, we would have talked about security. The only way we would have cancelled because of that is if there was a crazy threat we just could not handle,” Cruce said. “There’s no place for that type of violence or threats anywhere. Much less the Town of Troy.”

For now, volunteers in Troy are attempting to reschedule the parade.

Tittle says he isn’t holding a grudge and says he would come back to join the parade if given the chance.

“The overwhelming support has just been amazing. People have just been stopping me out on the streets and saying, ‘Hey I appreciate what you’re doing.’ I’m going to continue to do it for them,” Tittle said.

Tittle says he still plans to include his float in the Union City Christmas parade.

There is no decision at this time on if the Troy parade will be rescheduled.