JACKSON, Tenn. — Winter weather was a possibility in West Tennessee on Tuesday, but some places more than others had the chance to experience it. 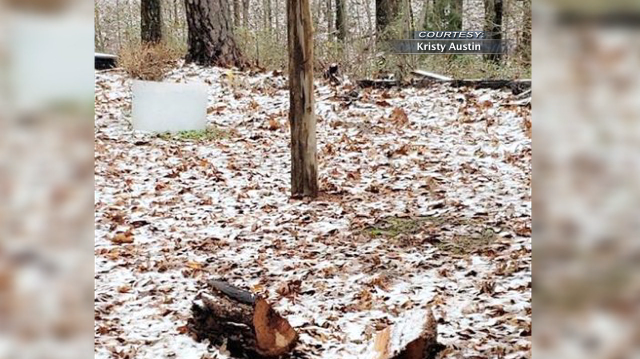 The chance for snow was probably on everyone’s minds, but if you blinked, you might have missed it.

On Tuesday afternoon, lingering showers in the area slowly transitioned to wintry precipitation as temperatures slowly dropped, but most places south of Interstate 40 only saw a few flakes.

“As far as TDOT’s concerned, we have not seen any kind of major impact whatsoever,” said Nichole Lawrence, Community Relations Officer for the Tennessee Department of Transportation. “There’s been a few spots, from where we’ve had a few flurries here and there. Nothing really that’s too concerning.”

There were only isolated spots in West Tennessee that saw a dusting, such as Walnut Grove in Hardin County. A few more bands are lingering, but most areas have been snow-free.

Very little moisture was left over on roads as TDOT took steps to treat them.

“Just throughout the day with the little precipitation we’ve had, we’ve had a few spots that we’ve had to apply some salt, salt brine to, mainly on the bridges and over passes,” Lawrence said. “We want to make sure that any left over moisture has that, you know, a little bit of protection on it.”

The light rain we’ve seen during the last 24 hours hasn’t caused major issues. Most roads have been able to dry out, which means icy roads shouldn’t be an issue.