JACKSON, Tenn.– Investigators are finding fentanyl on our streets as state leaders work to restrict access to the deadly drug. 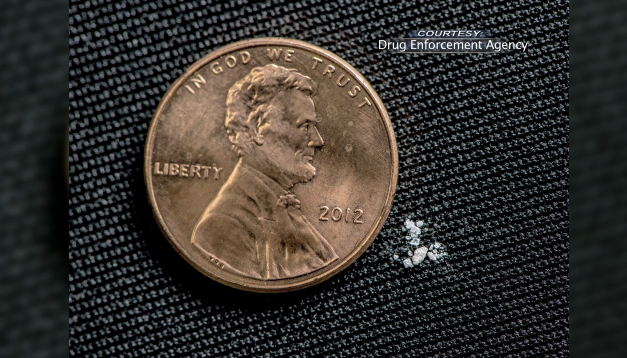 “When I first took over as special agent in charge in 2014, it was barely even heard of at the time,” said Special Agent in Charge Johnnie Carter. “Here we are at the beginning of 2020, and each year, we’re getting more and more. We’re having more arrests and seizures every year for it.”

Carter is with the 28th Judicial District Drug Task Force and says fentanyl, which can be deadly with the smallest dose, is a growing concern for investigators in rural West Tennessee.

“A grain of sugar, a grain of salt, enough to kill you,” Carter said.

“The rural areas, a lot of times, have more problems than the bigger cities, mainly to do manpower and budget. It’s harder for us to dedicate the time,” Carter said.

When agents searched the car, they found fentanyl, heroin, xanax and drug paraphernalia.

“It was a relatively small amount, but still a felony amount. It was about a gram of heroin and fentanyl mix,” Carter said. “The importance of getting it out of here is because it is so deadly.”

Congress is even taking notice of the issue.

The bill aims to list all drugs containing fentanyl as a schedule I drug, meaning the restrictions are more strict than any other drugs and would have tougher penalties for making, buying or selling fentanyl.

“I think it’s really important, especially in Tennessee, given all of the people who unfortunately overdosed on this potent substance,” said Senator Alexander’s press secretary William Heartsill.

According to the Drug Enforcement Agency, fentanyl is usually used as a pain killer or anesthetic.