HENDERSON COUNTY, Tenn. — After deadly storms ripped through Tennessee earlier this week, firefighters in Henderson County say every home should have a severe storm safety kit. 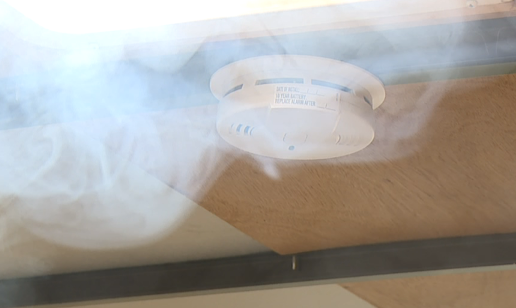 “Basic supplies you would need for 24 to 48 hours without power if you’re trapped around your home,” said firefighter Cody Usery.

The kit should include blankets, toiletries, a first aid kit, non-perishable food items and at least a case of water.

“If your phone is not working, you know most of the time this is the stuff you’re going to need until first responders or somebody can get to you,” Usery said.

Firefighters say the safety kits should be checked once a year, along with smoke alarms.

“So we have set a goal by the end of this year to have 10,000 or more alarms installed in Henderson County,” said firefighter Chadd Gilliam.

That goal may be hit sooner than expected with 8,920 smoke alarms currently installed.

Firefighters will also be going to elementary schools in Henderson County to teach students about fire safety.

“Children learn better at a younger age, so if we can get these skills into them at a young age they’ll take it with them for the rest of their life,” Usery said.

They plan to reach over 500 students, teaching them about fire exit plans and smoke alarms.