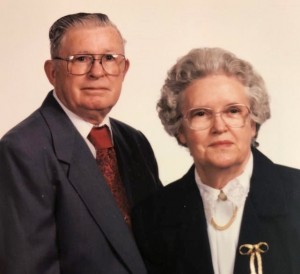 He was born on December 17, 1925 to Dossie Cleveland Daniel and Ethel Esrey Daniel at Mercer, TN. He served in the Navy during World War II and in the Air Force during the Korean War.

Dossie was a devoted family man. He and Frankie raised their children in a Christian home. He was a former member of Parkview Baptist Church and current member of Pleasant Hill Baptist Church.

He was preceded in death by his wife of fifty years, Frankie Daniel; and his daughter, Joyce Daniel Stockton.

He is survived by his daughters, Brenda Matheney (Tony) of Jackson, TN, Kathy Nelson (Tim) of Oroville, CA, and son, Tim Daniel (Donna) of Medon; and son-in-law, Ronnie Stockton of Jackson.

The family offers a special thanks to Elmcroft Assisted Living of Jackson for their loving care over the last few years.