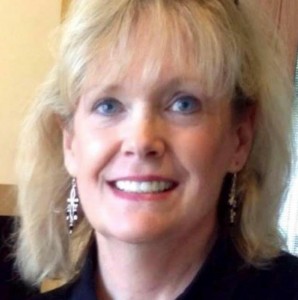 Jessica Fail Webb Young of Jackson, TN, daughter of the late Beverly (Townsend) and T. Allen Fail, also of Jackson, passed away Friday morning, March 20, from complications with a year and half long battle with cancer.

Preceding her besides her parents was her husband, Wallace Brian Young.

Another great loss in her life with her grandmother, Mrs. Jesse N. Townsend. Jessica often said that “Big Mama” taught her strength, compassion, love of Christ, and humor, in good times as well as bad times.

She leaves to cherish her memories her daughter, Jessica Lauren Webb and her son, Ellis Webb-Switter, of Nashville; her son Jonathan Webb, and his wife, Zita (White), and their daughter Wren and son Wilder, all of Jackson, MS. Her grandchildren affectionately called her “J.J.” and they were the light of her life. She also leaves to cherish her memories her two beloved sisters, Lisa (Fail) and Robert Stewart, and Allycin (Fail) and Greg Alexander, (all of Jackson); a niece, Lana (Stewart) and Ben Harrington (of Nashville), and a nephew, Kris Stewart and Kala (Pugh) (of Jackson), and a dear friend, Bob Gardiner (of Adelaide, Australia).

Jessica attended Jackson City Schools, graduating from Jackson-Central Merry High School and was a member of Who’s Who. She attended and graduated from Middle Tennessee State University with a B.A. in Political Science/International Relations, and Spanish. She was a member of Kappa Delta Sorority, a Southern Belle of Kappa Alpha Fraternity, and voted one of six “Most Outstanding Seniors” when she graduated.

In her professional life, she had a wide array of experience, ranging from working for the family business, the Townsend Company, to working as a travel agent, and acting as a sales representative for a Memphis wine wholesaler. However, she was most passionate about music, and was a partner for many years in a publishing company, Leather and Lace Music, as well as a record label, SunRay Music. She also worked as a substitute teacher at USJ and spent lots of time volunteering with the children and youth at First United Methodist Church, developing a love for teaching and working with young people.

In light of the current Covid-19 pandemic, the family has chosen to have a private graveside service and to postpone any visitation or memorial service until a later date, with high regards for the health and safety of all her friends and loved ones that would like to be present. A second announcement will be printed when those plans are made.

In lieu of flowers, Jessica requested that memorial donations be made to the Vanderbilt-Ingram Cancer Center, the Madison County Division of the American Cancer Society, First United Methodist Church, or another charity of the donor’s choice.