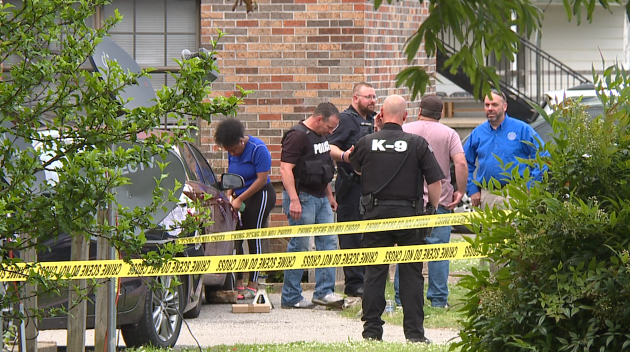 “Patrol went to the location on Anderson Street where they received a call of shots fired. When they arrived on the scene, they found a deceased male,” said Milan Police Chief Bobby Sellers.

The victim has been identified as 25-year old Corinthian Gunn.

“Witnesses have told us that he had been at a house party in the area. We are still interviewing witnesses and questioning people,” Sellers said.

They do have one suspect in custody in connection to Gunn’s death. The other shooting happened earlier in the day, around 5 p.m.

“Milan PD received a call about shots fired on College Street, at an apartment complex,” Sellers said. “There was actually three people shooting. They were shooting at each other. Fortunately no people were hit. No injuries,” Sellers said.

Initially, police arrested two suspects. However, the investigation led them to a third arrest.

“We determined that one of the people there claiming to be a victim, was also an active participant in the gunfire,” Sellers said.

That person has charges pending.

Despite the time frame, Chief Sellers says they don’t have any evidence at this time that the shootings are connected.

“Initially, we thought there may have been some retaliation or something from the first one, but we’ve not been able to put the two together in any way,” Sellers said.

If you have any information on either of the shootings, contact the Milan Police Department at (731) 686-3309.