MARTIN, Tenn. — Residents of Martin came together for a protest against police brutality and racism. 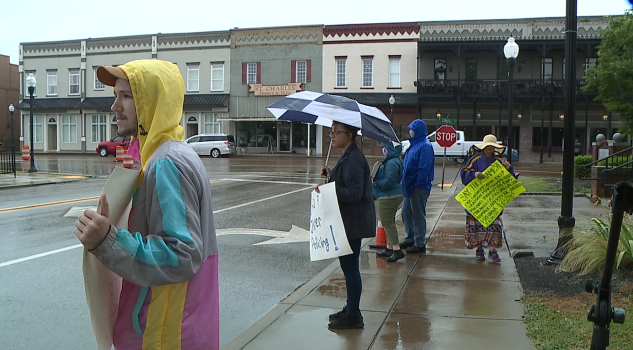 The group met at the Virginia Weldon Library in the downtown area.

They held up signs and invited others to join them in the demonstration. Though the rain was steadily falling, the total number of protesters grew to around 20.

The group says there are more plans for protests later.