Ballpark at Jackson reopens for tournaments with new safety measures

JACKSON, Tenn. — The Ballpark at Jackson reopened Thursday, bringing out West Tennesseans to enjoy the first baseball games of summer. 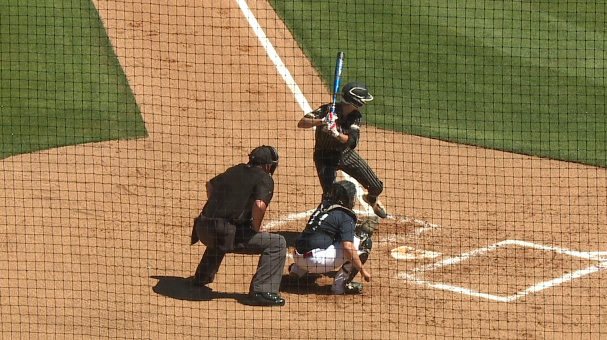 “We have paired up with Net Elite for this first tournament. It’s the first of eight straight weekends of high school tournaments. Pastime Tournaments is our other partner in helping put on these events,” said Jackson Generals Broadcaster Andrew Chapman.

Teams from all over the country have games scheduled for this weekend. Chapman says it’s nice to have baseball back at the Ballpark.

“After our long layoff, it’s not the professional Double A baseball that I think a lot of us were expecting this year, but it’s nice to have a little bit of activity out here,” Chapman said.

Some baseball teams say they are glad to be back.

“The COVID-19 has had an impact on, obviously, the high school guys. All these guys play high school ball in the Nashville area, so I mean they got little bit season in, a few games to start the season, but it obviously cut off with everybody else,” SWA Storms Coach Brad Phillips said.

Even though the Ballpark has reopened, there are a safety rules that have been implemented to make sure everybody stays safe while having a great time.

“You’ll see a lot of different signs recommending that fans continue to social distance, so people are doing a good job at that. We also have hand sanitizer stations everywhere around the Ballpark that folks can clean their hands off with. Our concession staff is constantly wiping things down wearing gloves and masks. We’ve limited concessions as well,” Chapman said.

Jackson Mayor Scott Conger says with the park reopening, he hopes that a sense of normalcy will return.

“Dealing with the past several months with COVID-19, and we have teams that come out of town, so hopefully they’ll stay in our hotels, they’ll eat, they’ll get gas here and it’ll help get our projections. We are planning for the worst case scenario for next year, and hopefully this will start to offset some of that. We can see our economy is getting better,” Mayor Conger said.

He says he has spoken with management at the Ballpark about events that were previously scheduled.

“In June, it’s kind of the cut off for concerts in July, and so we are still at that in the state of Tennessee. With the social distancing guidelines, it will be difficult to have those concerts in summer, so we will have to reschedule those later on when those guidelines may have been lifted,” Conger said.

Mayor Conger says the Ballpark has implemented new safety rules, from social distancing to only pre-packaged concessions being sold.

“Allowing people to bring their own bottles of water and some snacks because they are not selling at concessions. Every other stall in the bathroom, every other sink in the restrooms, bring in your own chairs, so there his a lot of precaution they are taking, also with the teams limiting the amount of people in the dugout,” he said.

High school baseball tournaments started Thursday at the Ballpark and will continue through the weekend.