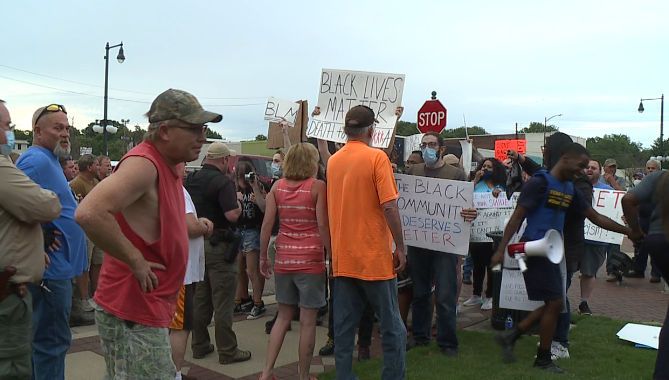 The protest drew hundreds of spectators to court square.

Protesters chanted, held signs, and one gave a speech about Lation Scott, a man who was brutally lynched in Dyersburg in 1917.

“That means there are people here that would still be able to remember it and describe the event, or relatives of people who participated in the event. Given that it was 3,000 people, that’s astounding. We can’t even get people to show up for events like that even in Jackson today,” protester Caitlin Hutcheson, who spoke about Lation Scott, said.

“It’s honestly even more beautiful that we have another county coming in to help us to stand up for us and all of Dyersburg,” protester Christine Stodgel said.

“I had someone personally reach out to me, and said they saw the work and movements happening in Jackson, but we need that voice here in Dyersburg,” Boyd said.