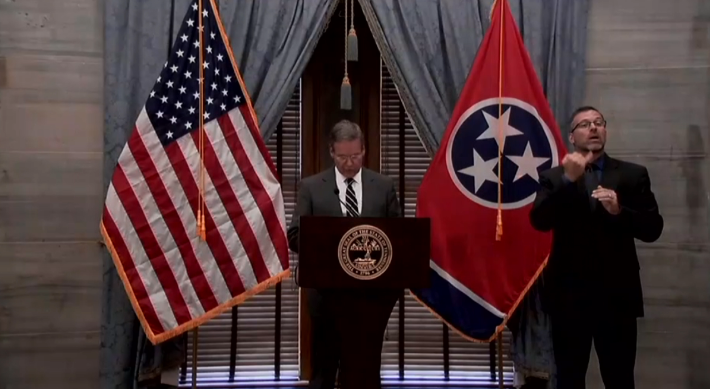 “We’re announcing a review of the Use of Force and Duty to Intervene policies, improved information sharing across all law enforcement agencies and an increase in officer training requirements,” Gov. Lee said.

The governor announced the reforms in a new partnership with law enforcement agencies across the state.

“There’s nothing more important in law enforcement than integrity and trust,” said Memphis Police Director Michael Rallings, who represented the Tennessee Association of Chiefs of Police.

“We want to make sure, as a post commission, that the recommendations that the governor has made here today, that they’re followed through,” said Peace Officer Standards and Training Commission Chairman and Knox County Sheriff Tom Spangler.

“We in law enforcement welcome this conversation and are prepared to work toward improvement,” said Tennessee Bureau of Investigation Director David Rausch.

Each law enforcement agency must review and update its use of force and duty to intervene policies in the next 60 days.

“To ensure, for example, that choke holds are not used as a restraining technique,” Gov. Lee said.

Another part of the reform aims for increased information sharing through the National Decertification Index.

“To be sure that officers that have proven unfit for service don’t find themselves a refuge in another department,” Gov. Lee said.

The curriculum will now include — among other things — deescalation techniques.

“When citizens trust law enforcement in a greater way than they do now, then we’ll have better interactions, and that will happen by interacting with citizens and agencies across the state,” Gov. Lee said.

Gov. Lee says this is the first step, and there is more work to be done.