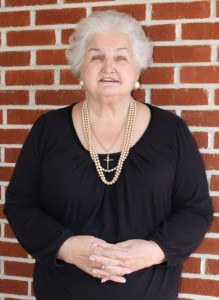 Nancy Rogers Phillips, age 85, of Fairview,TN and formerly of Jackson, TN, passed away on July 1, 2020 after suffering a stroke.

She was born on October 31, 1934 in the cotton mill town of Bemis, TN to William Clyde Rogers and Irma Lee Phillips Rogers.

Graduating from J.B. Young High School in 1952, Nancy married Lum Lamar Phillips in July 1952 and began a 20-year traveling adventure with the U.S. Air Force and later with GM&O Railroad moving her family around the south.

In 1971, she returned to her beloved Bemis with her husband and four children. They operated the Phillips Gulf Service Station on South Highland at Highway 18 during the 1970s. She retired from the Jackson-Madison County School System after 18 years driving school bus routes in south and west Jackson. In retirement, she enjoyed time spent with family and friends. After her husband’s death, she relocated to Fairview in 2011, but always enjoyed return visits to her home and church.

She was an extraordinary woman, daughter, sister, wife, mother, grandmother, great grandmother and friend. Beautiful, inside and out, she loved and treasured her family beyond measure. A member of Bemis United Methodist Church, she encouraged a love of the Lord to all those blessed enough to know her. A giver of all things, she loved everyone and was generous to a fault.

Visitation will be Monday, July 6 from 4 – 7 p.m. at George A. Smith & Sons Funeral Home South Chapel in Jackson, Tennessee. Celebration of Life Service will be 11 a.m. Tuesday, July 7 officiated by Walter German and family members. Burial will follow at Highland Memorial Gardens.

The family respects each individuals’ personal decision to attend or not due to the COVID-19 pandemic.