How to Spot a Comet This Week

The last time a naked-eye visible comet appeared over West Tennessee was December 1997 when Comet Hale–Bopp (formally designated C/1995 O1) showed up in the night sky for about 18 months. A new comet called NEOWISE has now appeared, named after the NASA telescope that discovered it in late March. NEOWISE, passed 27.4 million miles from the Sun (inside the orbit of Mercury) on July 3rd and has now moved into view low in the the northeast sky in the early morning. 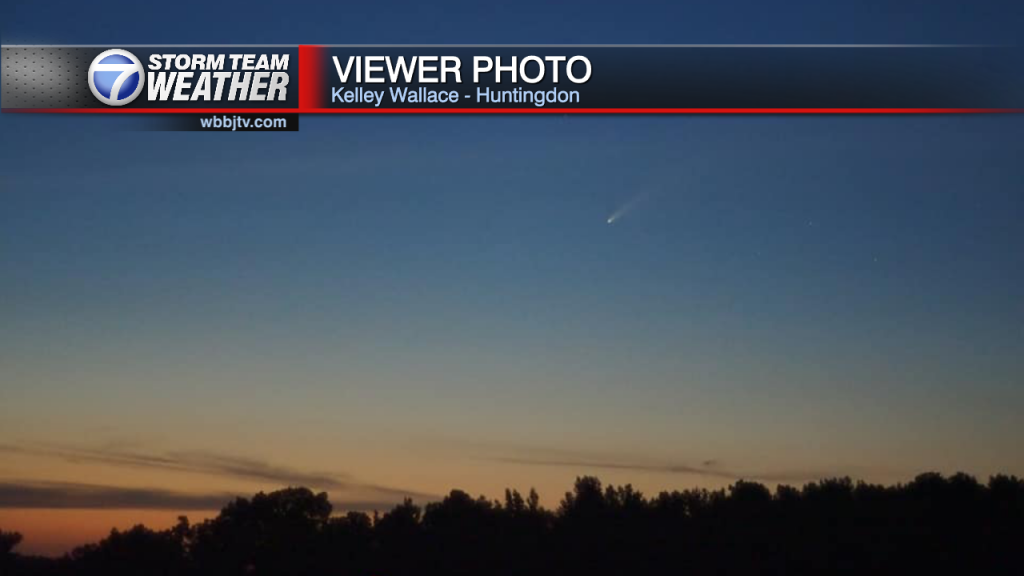 This week, it will be easier to spot in the evening hours while the comet’s visibility in the mornings will begin to dim. However, viewing conditions will depend on your light pollution and whether or not trees are blocking your view. For the best view, try to distance yourself from large cities and the light pollution they produce (use this interactive map to see light pollution near you) and make sure there is nothing obstructing your view of the horizon. The comet will appear only 3.4° above the horizon tonight, Tuesday, July 14th. Future times will be shared each day this week. 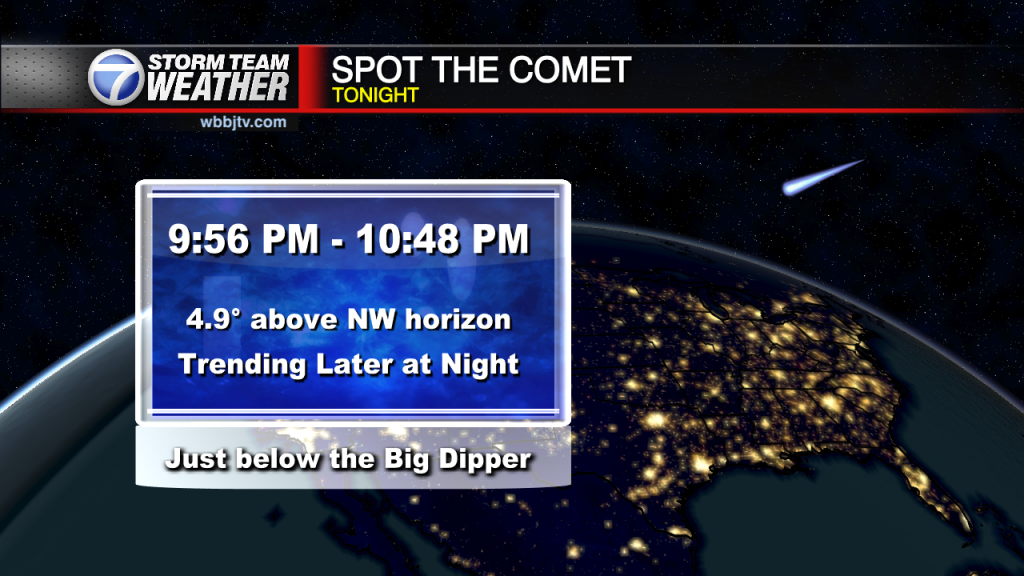 If you were around during the Hale-Bopp comet, this one won’t appear as bright. Binoculars or even a telescope would make this celestial object easier to see. Earlier this month, astronomers reported that Comet NEOWISE had a visual magnitude between 1 and 2 – normally that would indicate it is very bright since lower numbers indicate brighter objects but that’s when we’re looking at a star. The light from comets is spread out, so a magnitude of 1-2 in this case isn’t nearly as bright as a star of equal magnitude. A comet’s light is distributed over a relatively wide area, instead being concentrated in a single point. 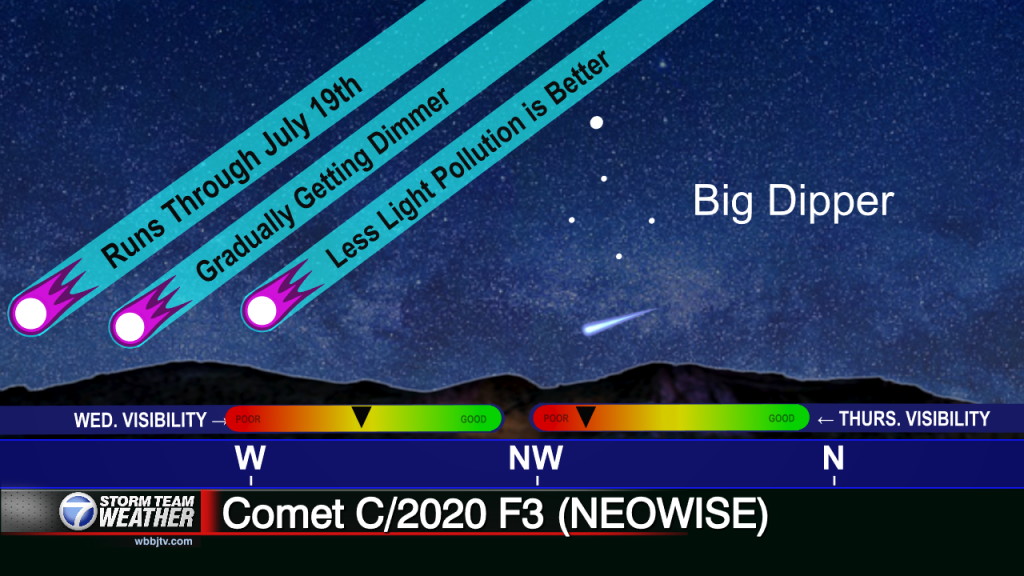 If you miss it this week, you can always mark your calendars for the year 8,786 when the comet will be visible once again!