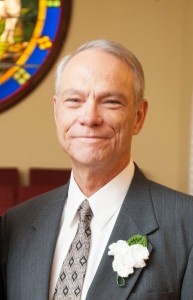 Mike was born September 19, 1951 in Memphis, Tennessee, the son of the late John Rutland and Joyce Breazeale Fentress. He was a graduate of White Station High School in Memphis and Crichton College in Memphis and served his country in the United States Marine Corps for two years. He employed as a quality control specialist for Underwriters Laboratories and later worked for Evergreen and Tru-D before his retirement. Mike was married August 6, 1988 to the former Patricia “Pat” Davis and he was a Follower of Jesus. He was a member of the Antique Radio Society and enjoyed collecting and restoring antique radios. He took great pride in the upkeep of his home and lawn.

Mr. Rutland is survived by his wife of 32 years, Patricia “Pat” Rutland of Munford, TN; his son, Chris Hatchell (Emily) of Memphis; TN; two daughters, Amy Willoughby (Justin) of Walls, MS and Amanda Green (Jon) of Waco, TX; his brother, Victor Fentress of Memphis, TN; and four grandchildren, Mason Willoughby, Emma Willoughby, Micah Green and Elsie Green. In addition to his parents, he was preceded in death by his grandparents, Willie and Mildred Breazeale and his brother, John Rutland.

The family requests that memorials be directed to the ALS Association, 1300 Wilson Boulevard, Suite 600, Arlington, VA 22209.