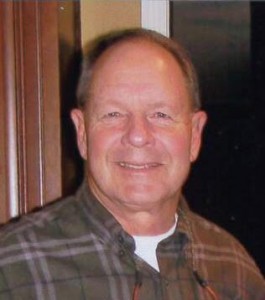 Harris Alexander Armour, III was born on May 10, 1949 at the Armstrong Clinic in Somerville, TN to his parents, Harris Armour, Jr. and Tennie Zue Dobbins Armour. Both of Harris’ parents were teachers in Fayette County. Mr. Armour passed away on Sunday morning, July 19, 2020 at the Baptist Memorial Hospital in Memphis.

Harris attended Fayette County Schools and went on to attend The University of Tennessee at Martin. He played football there and was a member of the ATO Fraternity. Harris received his degree in 1971 and attended Graduate School at Auburn University.

Harris was a lifelong farmer in Fayette County. He served the Fayette County Soil Conservation Board of Supervisors since the 1980’s as a member, Secretary-Treasurer and was elected and served as Chairman in 1989 until his death.

Mr. Armour served as the Chairman of Fayette County Farm Bureau, National Cotton Council, Chairman of the Fayette County Regional Planning Commission, West Tennessee No Till Association, Cotton Incorporated, Hardeman-Fayette Farmers Co-op Board and the Fayette County Extension Committee.  In 1981, he was elected to serve on the Board of Directors for Fayette Academy and he served faithfully for 16 years. He also served the school as Chairman of the Board from 1988 to 1997. When he was not busy with his love for farming, he enjoyed spending time with his grandchildren. He also enjoyed hunting, watching sports and was an avid Auburn Fan.

He was preceded in death by his parents and his son, Jim Armour.