PARKERS CROSSROADS, Tenn. — A local man is now teaching others to restore and conserve our history. 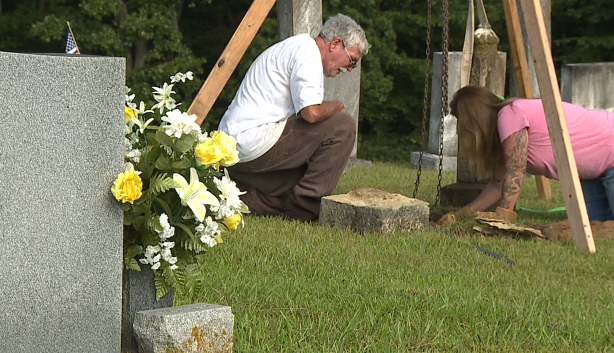 “In my travels, going to all these cemeteries, a lot of which are abandoned, there was such disrepair,” said Debbie Nowicki. “You’d walk in and see a stone that was in 20 different pieces, and be helpless to do anything, but knowing you needed to because it was only a matter of time before those pieces were lost.”

Nowicki is being trained as a conservator by Mike Alexander. Out of the hundreds of cemeteries in West Tennessee, he’s one of the few people who know how to preserve them.

“There’s more cemeteries in the state than I’ll be able to set foot in. There’s too many of them,” Alexander said.

He’s training her to recognize the type of stone used, identify the damage, and make proper repairs while preserving the integrity of the one-of-a-kind stone. 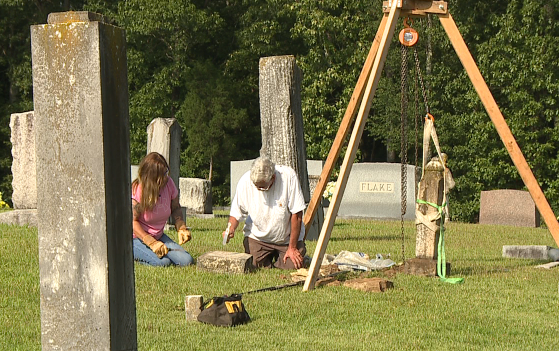 “No two stones are the same,” Alexander said. “You might do the same repairs, but each stone is different.”

Nowicki and Alexander say their pride doesn’t come from the amount of money they make. Quite frankly, it’s just enough to keep going.

“I kind of want to high five the person that’s buried there! We’ve got this back together! I don’t just work on a stone and walk away. Women are better than the FBI. We want to find out everything. So I’m always doing research on who I’m working on, William and Sarah over here, I feel like I know them,” Nowicki said.

She learns about these people so that one day, their loved ones have somewhere to come back to. 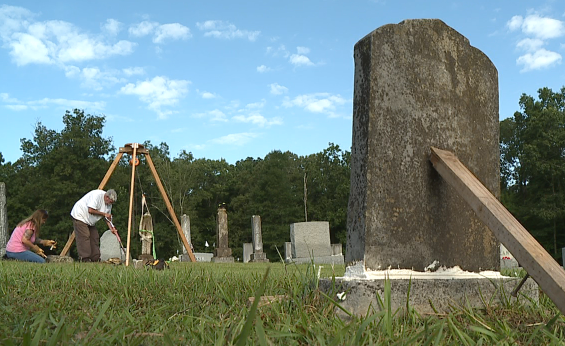 “I think it’s important for them to stand on ground that their loved ones have gathered at, and put their hands on things that mean something to their family,” Nowicki said. “Finding a photo is one thing, but standing there and looking at something, and being in that moment, it’s important.”

One of the goals of Cemetery Conservators for United Standards is to preserve history while maintaining the integrity of the piece. Alexander said they try to keep the monuments as close to intact as possible.