JACKSON, Tenn. — The Jackson-Madison County Library has a new display as a way to commemorate the women’s suffrage movement. 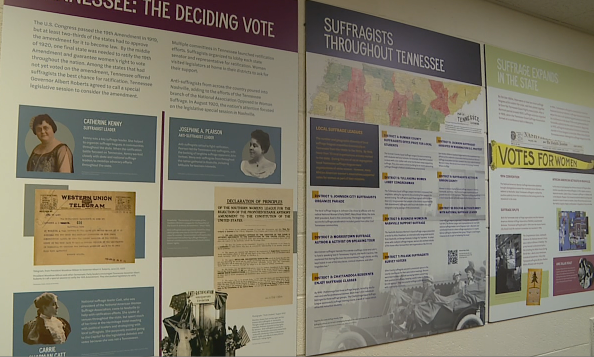 Tuesday marks 100 years since women in the United States won the right to vote, thanks to the passage of the 19th Amendment.

The display highlights the history of the movement, the steps it took to fight for the right to vote, and it even includes how the state of Tennessee was involved down to the local level.

“It explores the long history of women’s political involvement in Tennessee that lead to the landmark moment in history where the 19th amendment was ratified. Tennessee was actually the decking vote. We were the vote that it took, the last vote that it took to get it passed,” library director Dinah Harris said.

The display is open for viewing during library hours, from noon to 6 p.m.