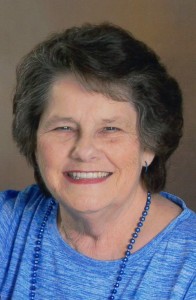 Mary Ann was born September 2, 1946 in Silver City, Mississippi, the daughter of Coleman and Grace Bryan. She graduated from Collierville High School in 1965 and was a longtime resident of the Moscow area. She was married September 17, 1965 to Ronald Jones and she was employed as a beautician. Mary Ann was a manager for Party Works before her retirement in 2005. She was a member of Oak Grove Baptist Church in Moscow and she enjoyed singing.

She was preceded in death by her parents, Coleman and Grace Bryan; her son, Ronald Coleman Jones; and several brothers and sisters.