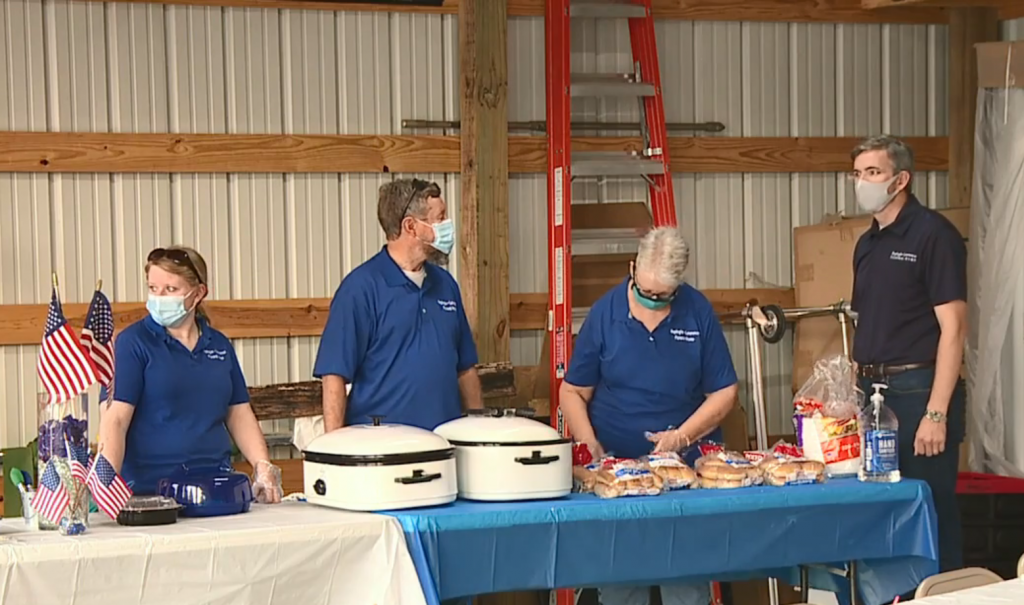 The Medina Police, Fire Department, and Gibson County Sheriff’s Department were all invited in appreciation for their service.

Owner of the funeral home, Clayton White, says he wanted it to be meaningful.

“This year it means a lot more, just because of all the pressure that’s on the police and sheriff’s deputies, and even the fire departments that are being assaulted around the country,” White said.

White emphasized the importance of thanking those who are on the front lines.

“They’re our protectors,” White said. “They try to keep peace and keep order around our community, and if we as a community don’t show our support for them, then you know they probably have a lack of their own confidence.”

The funeral home wanted to show their appreciation by inviting all local first responders to a cookout near the time of 9/11.

White has hosted the cookout at the funeral home for the second year now, and plans to keep showing his appreciation.

Members of law enforcement were grateful for the support.