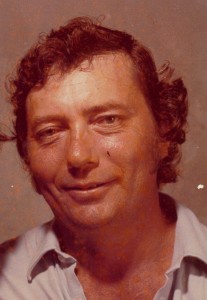 Paul was born December 10, 1943 in Wayside, Mississippi, the son of John Milton Robertson and Millie Merline McDaniel Robertson. He was of the Baptist faith and a very talented carpenter who did much of his work just by eye, not using measurements. Paul loved his family and you could always see a smile on his face, knowing he was happy. He enjoyed cooking, fishing, hunting, basketball, going to the beach and visiting with his friends at the local Shell gas station.

Graveside Services for Mr. Robertson will be held at 11 A.M. Monday, September 21, 2020 at the Fayette County Memorial Park Cemetery near Oakland. The officiating minister will be Bro. Tony Watkins of Moscow, Tennessee. A visitation for family and friends of Mr. Robertson will be from 10 to 11 A.M. Monday, September 21, 2020 at the Peebles West Funeral Chapel at Oakland.