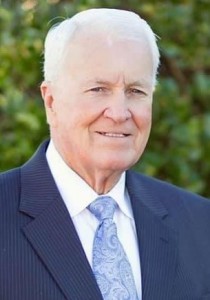 Butch was born November 15, 1943 in Oxford, Mississippi to Clarence and Wilma Parker. He lived there until the age of 12 and then moved to Memphis where he graduated from Oakhaven High School. He attended Memphis State University off and on for three years. He began his career at the United States Postal Service in 1965 and retired after 42 years plus, many moves and promotions in 2007. After retirement, he did not slow down after joining Bellevue Baptist Church, finding his love of Jesus, serving in Bible study classes, deacon, usher, Bible study teacher, going on many mission trips and his passion for prison ministry and became an ordained minister.

He wants to be remembered for his love of The Lord and serving Him. Proverbs 27:17 – “Iron sharpens iron, so one man sharpens another.”