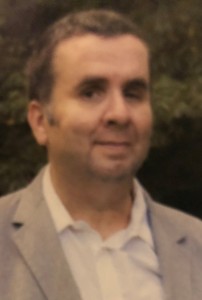 Robert was born October 26, 1973 in Poughkeepsie, New York, the son of Roberta Jane Spoonhower Krause and the late Richard Lee Krause. He graduated from Harbert Hills Academy in Savannah, Tennessee and had been a resident of the Somerville area since 1992. Robert was employed as a dog handler and trainer for many years and was a member of Seventh-day Adventist Church in Somerville. He enjoyed animals, especially horses and dogs.

Robert is survived by his mother, Roberta Krause of Somerville, TN; his brother, Michael Krause and his wife, Ileana, of Victorville, CA; his nephew, Caleb Krause; and his niece, Alessa Krause.

The family requests that if you come to the visitation or funeral to please wear a mask.