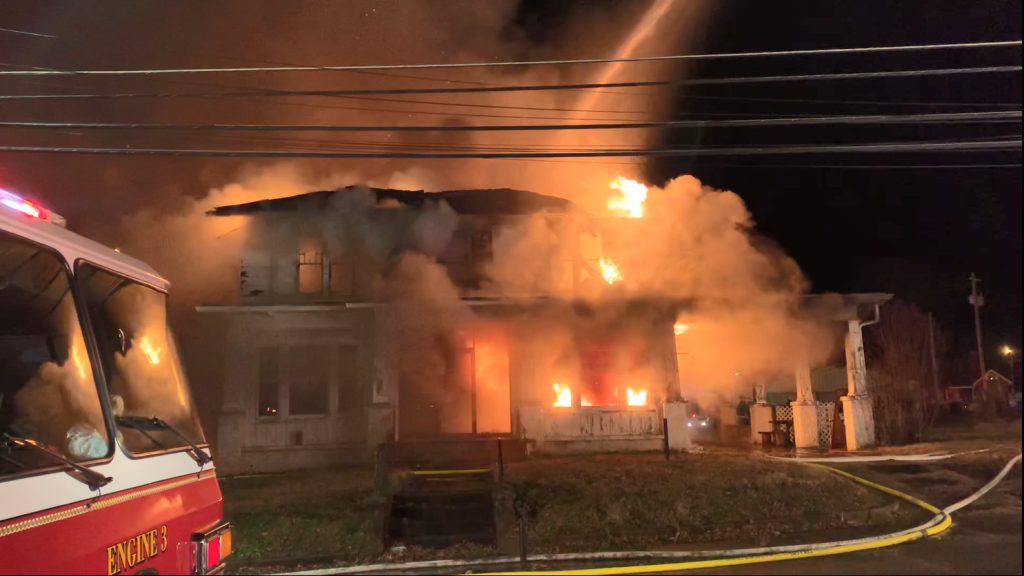 Officials say the blaze started at the former Karnes and Son Funeral Home in Rutherford.

Officials say no one was in the building at the time, and no injuries were reported.

The cause of the fire is under investigation at this time.