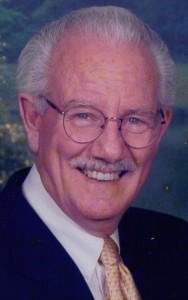 Edward Lee Taylor of Memphis, Tennessee, was born in Macon, Tennessee on December 9, 1929. He was called home by His Lord and Savior on January 11, 2021. He was preceded in death by his parents, Hoyette and Viola Taylor; three sisters, Thelma Taylor Dennie, Virginia Taylor Holmes and Joyce Taylor Atkeison; and two brothers, John Tyler Taylor and James Clebert Taylor.

Mr. Taylor served his country in the United States Army as a Sergeant in the 3rd Infantry Division. He was employed at Schering-Plough for thirty years before his retirement and was a member of Macon Road Baptist Church for 66 years and served at Macon Road Baptist School in various roles. He enjoyed camping, traveling, sports, coaching and photography.

Those honored to serve as pallbearers will be Roger Baker, Michael Dunn, Morgan Dunn, Chris Lamberth, Brent Ceolla and Adam Woods. An honorary pallbearer will be David Dunn.