"We want to know where we're going, and planning is going to be the key for that."

JACKSON, Tenn. — The budget for the future of Jackson was made on Thursday. 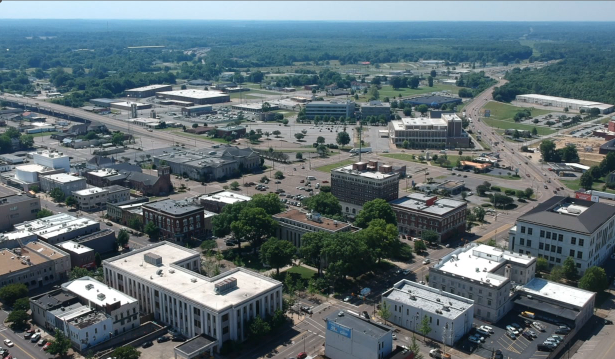 City officials gathered to discuss budget priorities for the upcoming years during a budget work session.

“We’re just excited to be able to get some more input from council members and try to seek some alignment between the council, mayor’s office, and establishing what the needs are and some opportunities for us to investigate and go down,” said Paul Taylor, City Councilman for District 6.

Eric Spencer, a finance and account consultant for the Municipal Technical Advisory Service, talked about the importance of budget planning.

“Just like the old saying goes, if you don’t know where you’re going, any road will get you there,” Spencer said. “So we want to avoid that. We want to know where we’re going, and planning is going to be the key for that.”

Spencer orchestrated the meeting by asking members what Jackson currently has to offer.

“One of the things that makes Jackson special is that it’s a regional hub. We service a number of surrounding counties, not only in commerce and retail, but in the healthcare industry as well as entertainment,” Taylor said.

Members then voiced their opinions on where they see Jackson 10 years from now.

“If we could get a better mall or a place like that in our city, it would bring more people into our city and that would help us out a whole lot,” said City Councilman for District 2, Johnny Dodd. “So I think we should look at retail within the next couple years and see what we could do.”

“I want us to get to a point where our police and fire, they are caught up with their equipment needs,” said Russ McKelvey, a District 8 Councilman.

McKelvey also said he’d like to see a hotel and convention center in downtown Jackson one day.

“I would like to see our non-profits get more together in addressing the needy and help them to where we can help them develop their own talents and skills,” said District 7 Councilwoman Marda Wallace.

After the discussion, these concerns and ideas will be worked on by priority, and some are planned on being completed between two to three years.