CROCKETT COUNTY, Tenn. – The Crockett County Sheriff’s Department is searching for inmate Carlos McCoy, who walked off of his work duty inside the jail. 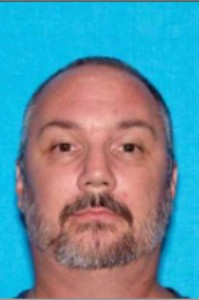 Crockett County Sheriff Troy Klyce says McCoy is a trustee who is serving a six year sentence for aggravated assault on a police officer.

When McCoy escaped, he stole a gray 1987 Chevrolet truck that belongs to the county jail.

“He took an old Chevrolet ton truck that belonged to the county, they’ve been using it to hold trash to take it out to the dump,” said Klyce.

Klyce says McCoy was last seen on Old Jackson Road heading toward the Old Bells Road area in Madison County and they have an idea of where he could be.

“He has relatives in the gum flat area he also has them in Humboldt, he has a lot of ties to Humboldt and he has some in Madison county,” said Klyce.