JACKSON, Tenn. — The snow will thankfully stop ahead of Friday, but residents across West Tennessee will be dealing with the after effects for at least a few more days. 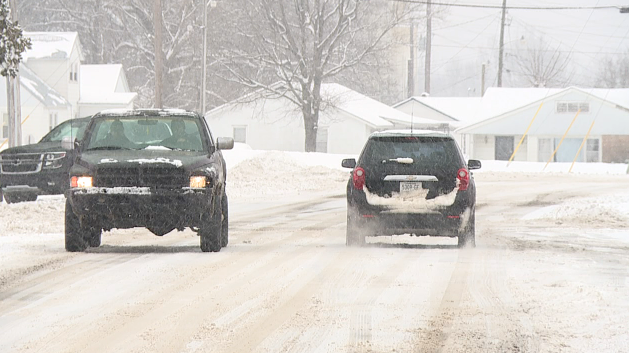 Like Wednesday, the main roads are still your best bet, with side roads still covered.

“The ice fell first under the snow pack, and it’s making it difficult to remove,” Vineyard said.

But now, it’s not just roads that are affected, it’s local businesses.

We first stopped in Lexington, where essentially no business in the town square was open. The one exception was the Chinese restaurant, but the manager said they had been closed the whole week until now. 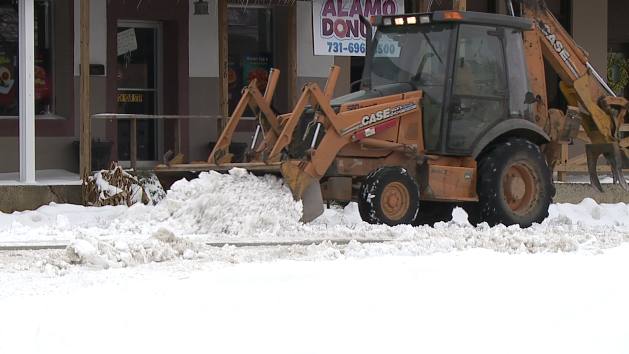 We then went to Carroll County, where officials are breathing a sigh of relief.

In Huntingdon, a lot of the storefronts at the court square are closed. But according to officials, that’s actually a good thing — it means people are staying inside and not going out in these conditions.

“People are staying home, and staying off of it, for the most part. That’s what it appears to be,” said Walter Smothers, Huntingdon’s director of public safety.

And with no power outages reported in the area, it means that emergency crews have not been overextended.

Finally we went down Highway 412 into Alamo. There, we found more of the same.

Thanks to snow piles, many Crockett County residents are staying home as well.

We spoke to Sheriff Troy Klyce who says the sheriff’s department has not had to respond to any major incidents linked with snow.

Despite the improvement to the main routes, officials are still warning about bad conditions, and urging drivers to please remain home.