JACKSON, Tenn. — A Jackson resident took the time out her day to create an igloo in her front yard. 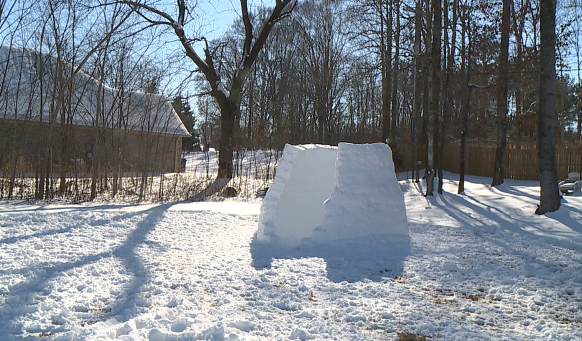 Emily Jones built the igloo after being snowed in all week. Jones says it took her six to seven hours to build.

She was inspired after her brother sent her a picture of his igloo he made for his two-year-old daughter.

Jones also says this is her first time doing something that seems extremely creative.

“I am a crafty person, so I’m very artistic and I like to do crafty stuff, but this is the first time I’ve done something like this,” Jones said.

Jones also says she encourages everyone to take advantage of the snow and have plenty of fun.

Want to see what other West Tennesseans have been up to in the snow? Check it out here.