Child dies after drowning in pond in McNairy County 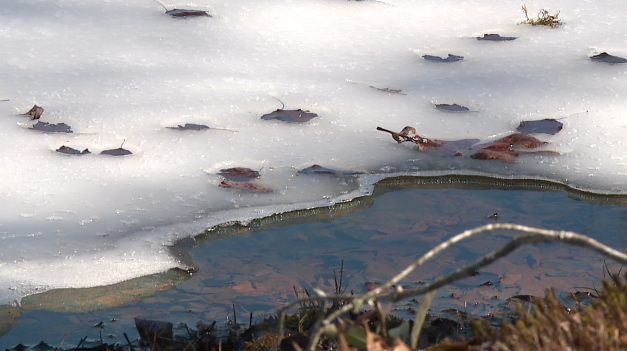 McNairy County Sheriff Guy Buck confirmed that a young child died Sunday in the Lawton community, after drowning in a pond that had started to thaw after last week’s snow and ice.

“We did observe there was somebody out in the middle of a pond, where ice had broken. We had deputies that used a small aluminum boat. They were able to slide out onto the ice, recover the victim, they started CPR,” Sheriff Buck said.

The deputies did as much as they could before an ambulance arrived. Sheriff Buck says the victim was taken to a Hardin County Hospital, where she was pronounced dead.

The pond where this happened is located behind these trees and hills, on private property by Lawton Road.

According to the sheriff, multiple people were sledding down the hill, with the frozen pond at the bottom.

“The sun had been out there. The rest of the pond was shaded. She just went out far enough that she fell through,” Sheriff Buck said.

It’s a reminder of how frozen ponds can be deceiving. Even if a pond looks solid, chances are it’s not. 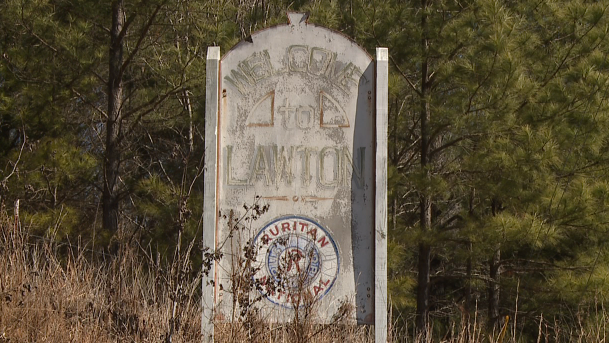 “There isn’t a time in West Tennessee when I would ever recommend anybody to get on any type of a frozen waterway, just because we don’t have those temperatures that are sustained cold enough, long enough to make it safe to do it,” Sheriff Buck said.

McNairy County Director of Schools Greg Martin could not confirm if the child who died was part of their school system. However, he did confirm they had a student involved in an “incident” over the weekend.

“Our hearts go out to them, and we are here to support them in any way that we can. And if there’s anything we can do as a system as a whole, we’ll be sure to do that,” Martin said.

Sheriff Buck did confirm those at the scene when the child fell through did try to help, but she was too far out on the pond.