JACKSON, Tenn. — The City of Jackson is giving residents a way to share their ideas. 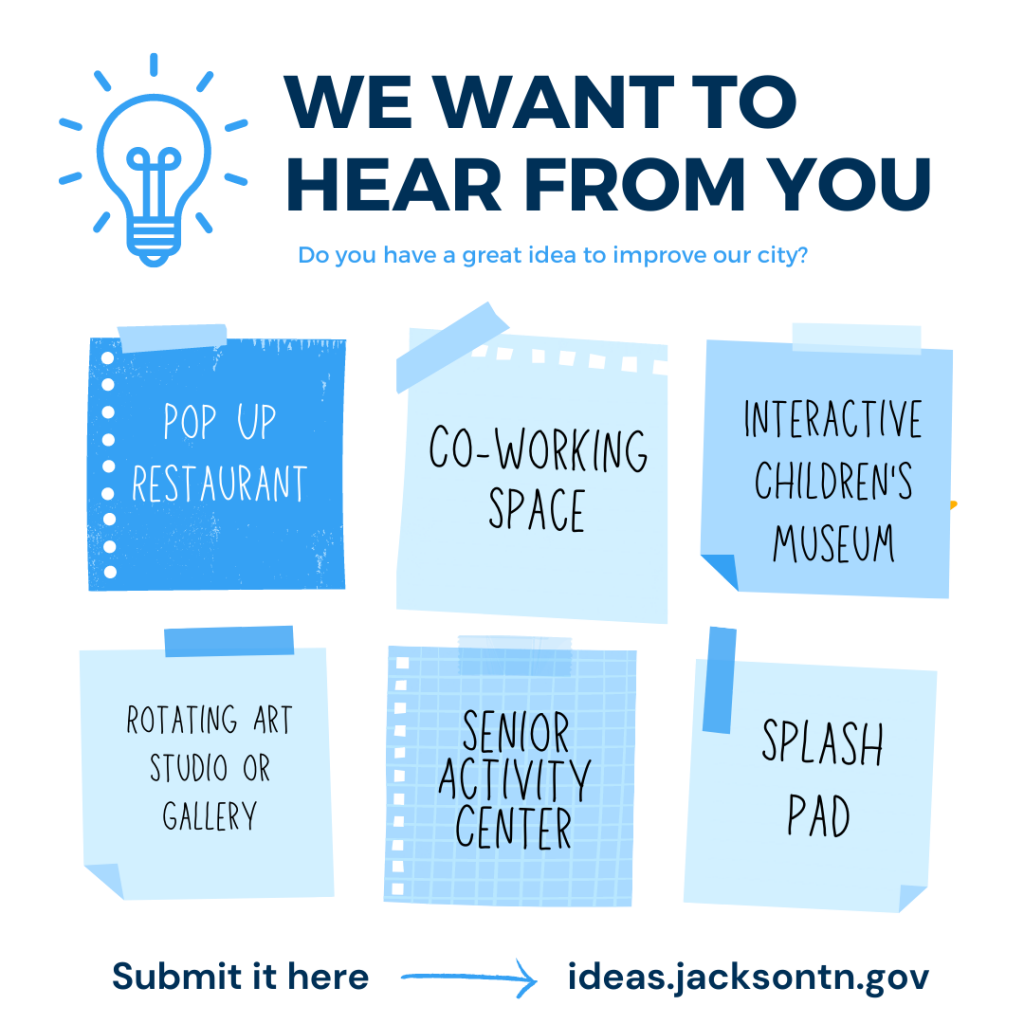 The city is launching the Idea Portal, and its first request is for the train depot on South Royal Street.

“This is an opportunity to be a part of the thriving downtown area that has grown exponentially over the past decade,” said Mayor Scott Conger. “When we start to explore re-purposing spaces, it’s important that people have an opportunity to share their ideas. We are lucky to have a lot of creativity in our city and we want to make sure that our community has a voice in what we do.”

The depot had to be closed in 2020 due to a decline in public interest, according to the city.

The city says ideas can be shared through its website, with new projects being added periodically.