Near house fire caught on camera in Jackson

JACKSON, Tenn. — What could have been a house fire was caught on camera. 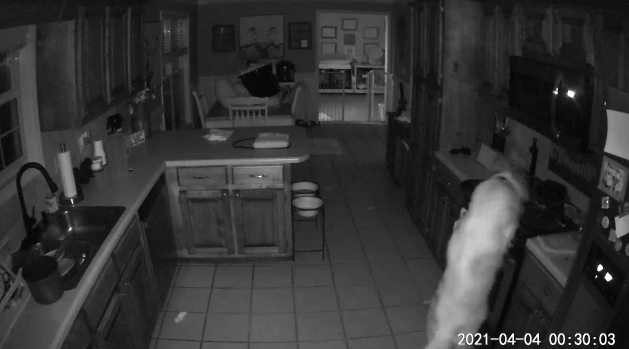 “He walked out into the hallway from our bedroom, there was smoke, so he came into the kitchen, and our stove was on fire,” said Ashley O’Donnell, the homeowner.

This video, taken inside a home in in north Jackson, shows how quickly house fires can start.

Her and her husband, Patrick O’Donnell, had gone to bed and left plate of cookies near their stove top. Much to the delight of one of their dogs.

“She stood up on the front of the stove, and when she did, she hit one of the knobs and turned it onto high. The spatula was still sitting up there near the cookies, and it caught on fire,” Ashley O’Donnell said.

“It sat there and smoked for a while, I guess until it really started burning. That’s when the alarm sounded off. Had it happened when we were at work or gone, our house would have burned down,” Ashley O’Donnell said.

They were thankfully able to air out the kitchen, and did not have to call emergency crews.

The damage was minimal, with just a cracked stove top and a ruined spatula. But without the alarms, it could’ve been worse.

“I’m afraid they would’ve died from smoke inhalation first, before we would have even realized anything went on. Check your smoke detectors, make sure they work, make sure you’ve got them everywhere in your house,” Ashley O’Donnell said.

It’s a reminder of how these alarms can save lives, and also a reminder to not leave temptations to wandering paws.

“In the meantime, we don’t have knobs, because no knobs means no accidental turning on off the range,” Ashley O’Donnell said.