JACKSON, Tenn. — Madison County commissioners held their monthly meeting on Monday, giving reports on the improvements in the surrounding areas. 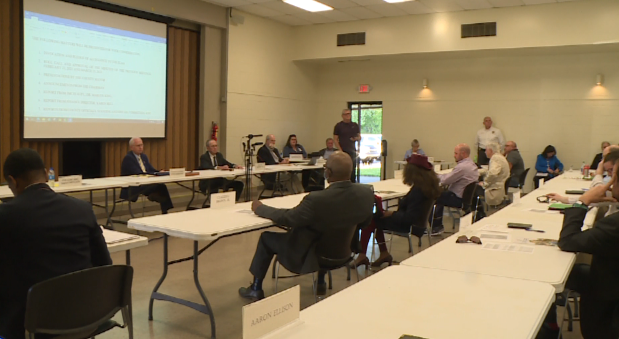 Not only did the Madison County Board of Commissioners discuss ways to improve different things in the area, one resident also came to express her concerns on what she feels is important for the community.

During the meeting one resident spoke about how she feels the commissioners should focus on the importance of agriculture in the county, even pleading to improve the election commission.

They also received reports from special committees and the current budgets concerning the county.

Elaine Christian, chair of the Jackson-Madison County Public Library, discussed ways the library has improved through the years and the projects it plans to put in place.

She also says special events will be planned for the celebration of the founding of Jackson.

“200 years of history and growth and living in dreams in Jackson-Madison, we’re about to celebrate that,” Christian said.

Jackson-Madison County School Superintendent Marlon King also gave a report of where each school in the district stands so far, giving a report on the construction of some schools.

Highway officials also gave a report on many of the roads that have been damaged due to recent storms.