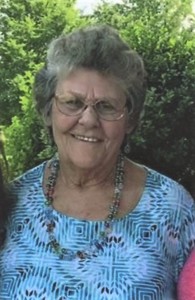 Patricia Vestal age 78, passed away on Monday, April 19, 2021 at her home in Bells, TN.  Funeral services will be conducted on Thursday, April 22, 2021 at 2:00 P.M. in the Chapel of the First Assembly of God, 1027 West Forest Ave., Jackson, TN with Pastor Garry Martin officiating.  Burial to follow in the Bethel Baptist Church Cemetery, 79 Bethel Church Rd, Humboldt, TN.  A visitation will be held on Thursday, April 22, 2021 from 11:00 A.M. until the service hour at 2:00 P.M.  All services are under the direction of the Bells Funeral Home.

Mrs. Patricia was born on May 13, 1942 in Friendship, TN to the late Odell Woods and Virginia Badget Woods.  She was a loving homemaker who enjoyed gardening and spending time with her beloved family.  She was also preceded in death by two brothers:  Billy George Woods and Eudell Woods; and one sister:  Carolyn Joyner.