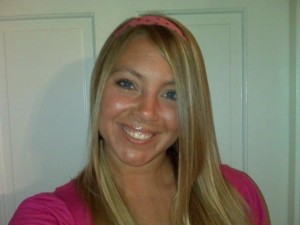 Lindsey Leigh Caldwell passed away on April 29, 2021, at home after a six-year battle with cancer. Her faith in the Lord as well as her strength and determination to fight cancer was an inspiration to all who knew her. Her love of life will continue in the hearts of her family and friends.

Lindsey was born in Richmond, Virginia, on February 17, 1983.  She graduated from Henry County High School in Paris, Tennessee, where she was a standout athlete in softball and golf.  She achieved two Bachelor’s Degrees from the University of Tennessee at Knoxville in Forensic Anthropology and Criminal Justice.  She graduated with a Master’s Degree in Forensic Anthropology from Louisiana State University where she also served as a graduate assistant.  Lindsey traveled throughout the United States and internationally participating in many archeological digs. Her first archeological “point” was found in 2005 at the Center for American Archeology. Three of her most interesting projects involved identifying Mayan remains in Belize, searching for Native American artifacts on a former military base, and excavating the slave garden at Monticello where she discovered a variety of artifacts.   Lindsey worked as a contractor to many companies, universities, and government agencies including the Federal Bureau of Investigation. She taught anthropology classes to federal agents and helped the FBI with excavations in Tennessee. She had just received an offer with the FBI and was only a few weeks away from attending the FBI Academy in Quantico when diagnosed with cancer.

Lindsey had the ability to turn adversity into a new adventure in life. She became an active spokesperson for the Susan B. Komen Foundation and appeared in many interviews encouraging self-exams and advocating for funding to find a cure for breast cancer. Dedicated to life-long learning, Lindsey became a certified financial planner and worked at Edward Jones for the past four years.

Throughout her life, she was an athlete and lover of all outdoor adventures. Lindsey continued hiking, running 5Ks and marathons, biking, paddle-boarding and swimming throughout her treatment.  According to Lindsey, “Faith, good friends and family and a warrior attitude have shown me that not even cancer will stand in my way of accomplishing my dreams.” Her personal goal to live life to the fullest extent possible was an inspiration to all who knew her.

She is survived by her mother Stephanie McMinn White of Knoxville; her father Mac Caldwell (Diane) of Paris, Tennessee; sister Staci Hardin Stills (Travis) of Honolulu, Hawaii; brother Trevor Caldwell (Rachelle) of Franklin, Tennessee; and step-brother Brian Bell (Bobbi) of California.  Additional family survivors include nieces Sierra, Gabriella and Alexia Stills (“her babies”) of Honolulu; Addison and Brenna Caldwell; Shelby and Chloe Bell; nephew Jayden; and many aunts, uncles, and cousins. Lindsey never met a stranger and had many dear family and friends who will forever cherish special memories of happy adventures shared with Lindsey.