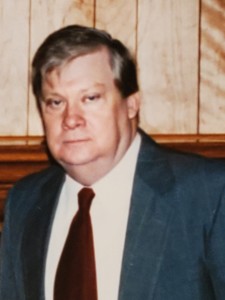 Larry was born April 7, 1943 in Somerville, the son of the late Hulon Autry Oliver and Cora Virginia Foote Oliver. He graduated from Fayette County High School and was a member of Parks Chapel United Methodist Church in the District 15 Community. He was employed at Western Auto with Mr. Billy Barnes, then Parks Auto Parks with Alfred Parks and followed by being the owner of Larry’s Auto Parts for 25 years before his retirement. Larry was a softball coach to his daughters and a baseball coach to his grandsons in earlier years. He was an animal lover who enjoyed hunting and fishing.

In addition to his parents, he was preceded in death by five brothers, Kyle Oliver, Herbert Oliver, Frank Oliver, Gilbert Oliver and Jerry Oliver.

The family requests that memorials be directed to the American Heart Association of the Mid-South, 5384 Poplar Avenue, Suite 100, Memphis, TN 38119.