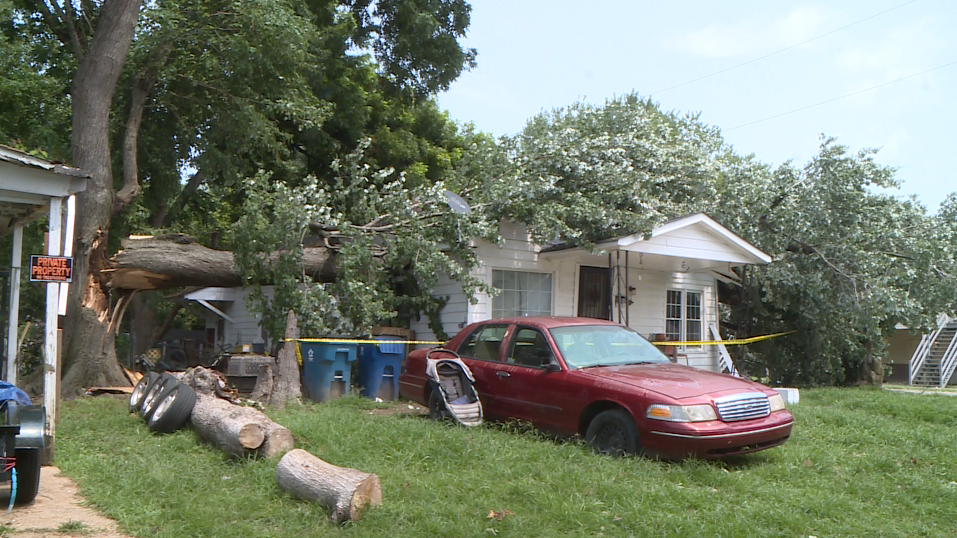 The storm caught many by surprise, and led to damages in several neighborhoods in Humboldt.

“We had two houses destroyed. At least two. This one behind me and another down on 10th Avenue, and a lot of electric lines pulled off of houses,” said Humboldt Mayor Marvin Sikes.

Gloria Beard is the owner of the house on 10th Avenue. She walked WBBJ 7 Eyewitness News Reporter Jessica Davis through that unforgettable night.

“I was listening to the news when they said the storm was coming Jackson to Medina, and all of the sudden the lights went out. Where the tree was coming down, the tree fell on me and I didn’t know it,” Beard said.

Beard was sitting in her living room when the tree fell onto her home.

“I was in a state of shock. I was blocked in my own house. I couldn’t get out, so I thank the Humboldt Fire Department for coming and saving my life,” Beard said.

Like Beard, several others lost their home due to the storm. Brittany Woody is a resident at the Free Will women’s shelter. She shared her experiences from that night.

“The first thing I noticed, wind was just blowing extra hard and I figured that there was a storm coming on the way there, but I thought it was going a different direction,” she said. “Apparently it was not.”

After the storm, Woody and others were still affected by the damage.

“That powerline is down, and the one that goes across from here is down,” she said. “We were afraid to go past this point because it was pretty much somewhat flooded.”

Woody says she usually sleeps through storms, but this one wasn’t like the others.

“This time I was wide awake. It was terrible. The storm was terrible here, but it could’ve gotten worse, which I thank God for that so,” Woody said.

If you are still experiencing power outages, you can contact your local electrical company.