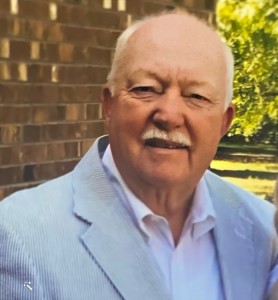 James attended Fayette County Highschool class of 1970 and received his teaching and bible degrees from Freed-Hardeman University and the University of Memphis. James was a faithful member of the Moscow United Methodist church where he served as lay leader, Sunday school teacher, board chairman, and trustee. First and foremost, James is a child of God as well as a devoted husband, stepfather, grandfather, brother, brother-in-law, uncle, and friend.

He was a devoted educator serving as teacher at Somerville Elementary, assistant principle at Oakland Elementary, principal at Central Elementary and Superintendent of Fayette County Schools and during that tenure he worked at the Department of Justice during the construction and opening of Buckley-Carpenter Elementary School. He was in the Inaugural Class of Leadership Fayette in 2002 and led sessions during the following years, and he was a West Star graduate. James loved spending time with family and friends, playing chicken foot, corn hole, card games and shooting turtles. He proudly served in the United States Navy and was a patriot who loved and supported his Country.