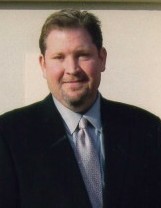 Gary was born September 29, 1970 in Shelby County, Tennessee, the son of the late Charles Christopher and Mary Carolyn Shinault Christopher. He graduated from White Station High School in 1990 and was married December 1, 2007 to Amy Timbrook. He attended Macon Road Baptist Church and was employed as a truck operator at SAIA Motor Freight. Gary enjoyed hunting, fishing, and cooking.