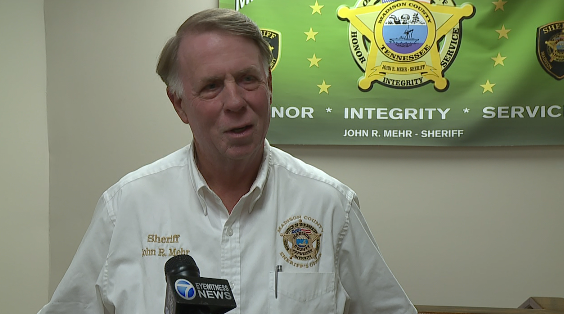 Madison County Sheriff John Mehr was at the Medon Community Center Tuesday evening for a community meeting when a resident of the area asked him if he would run for re-election.

This question caught the sheriff off guard.

“I mean I was shocked. He had asked me when I walked in immediately and said, ‘I just need to know point blank, what are you going to do? Are you running?’ And I just said, ‘Yes. I am running.’ And he said I’m glad to hear that,” Mehr said.

At the end of the meeting, the same person commented on the sheriff looking for a re-election.

“At the end of the meeting, he stood up and actually told me how proud he was at the department, the officers and how great the department has been,” Mehr said. “He was proud I was running for re-election.”

The sheriff started his second term in 2018, and is now looking for a third term.

“At this time, my plans are that I will run for re-election, and that’s my whole intent,” Mehr said.

Mehr says he wants Madison County to be honored to have him as sheriff.

“My goal is to serve the people, and that’s the whole purpose,” Mehr said. “And make this one of the best departments and make Madison County proud.”

For more news from around West Tennessee, download the WBBJ 7 Eyewitness News app.