JACKSON, Tenn. — September is Suicide Prevention Month, and one organization is spreading awareness through a new campaign. 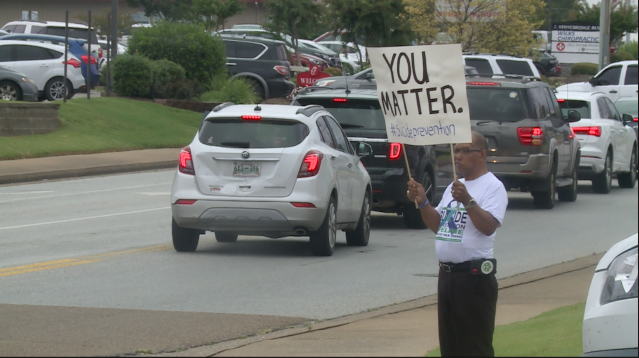 While travelling to work or while on your lunch break, you might have noticed signs like the one above.

“We just want people to see that this is an open conversation that we should be having, and hopefully, give some people some hope as they’re driving by today,” said Lindsey Carr, the Southwest Regional Director for the Tennessee Suicide Prevention Network.

“The goal of this month to just spread awareness, educate the general population that suicide is a very prevalent circumstance that people are facing,” Carr said. 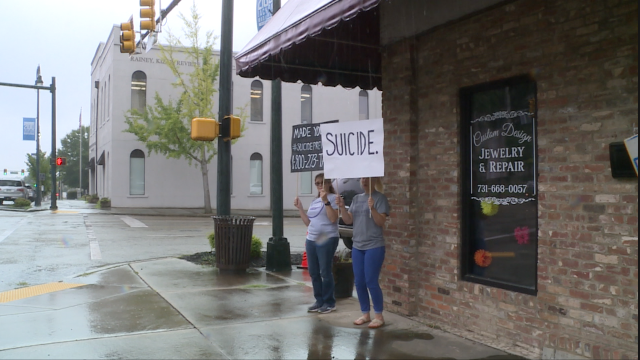 Employees and volunteers were at different intersections in Jackson. Lynn Julian is the creator of the campaign.

“One thousand two hundred twenty people lost their lives to suicide in Tennessee in 2019. I have personal experience to losing someone to suicide. I lost three people very close to me, so this is very important to me. We want to start the conversation,” Julian said.

TSPN staff and volunteers want drivers to know that it’s okay to not be okay, and there are resources to help.

“The most important thing you can do is ask the question, and then listen. TSPN has a lot of resources. We can direct people to the right place and we want to save lives,” Julian said.

If you or someone you know is experiencing a change in behaviors, you can find more information here.