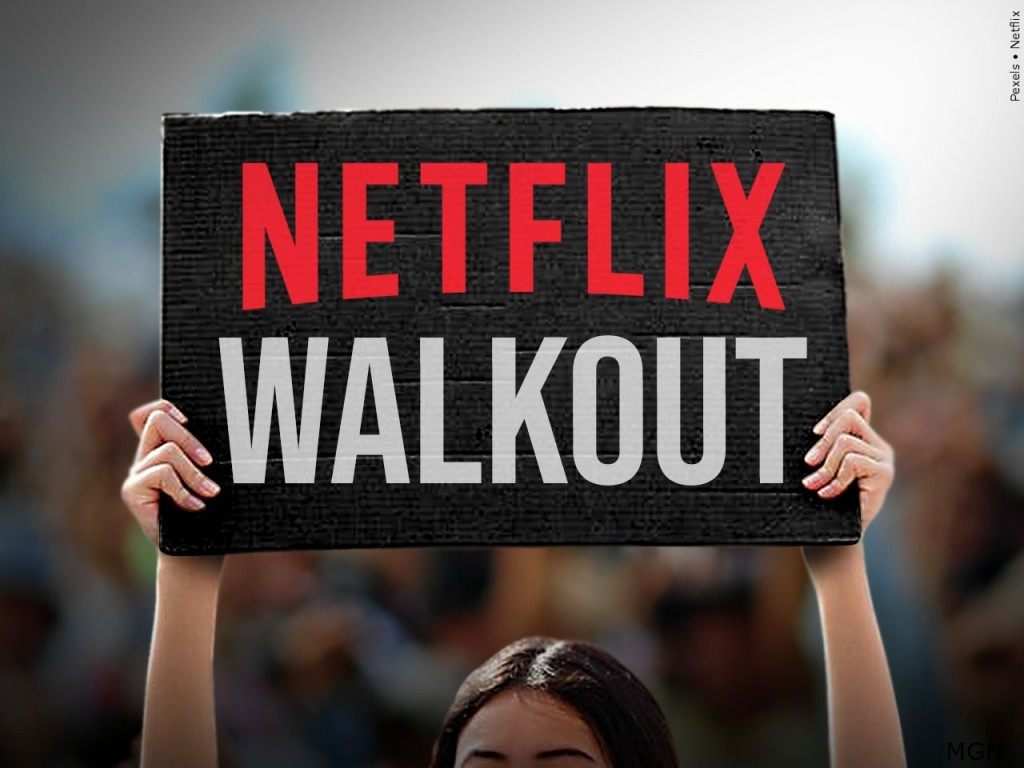 They were joined by allies who chanted “Trans lives matter,” getting pushback from opponents who also showed up.

A pre-noon rally at a Netflix office-studio complex drew about 100 people, most on the side of an estimated 30 workers at the streaming giant that joined in afterward.

Some were willing to identify themselves as Netflix employees, but all declined to provide their names.

Joey Soloway, creator of the groundbreaking Emmy-winning comedy “Transparent,” was among the speakers at the rally.

Soloway called for trans representation on Netflix’s board.