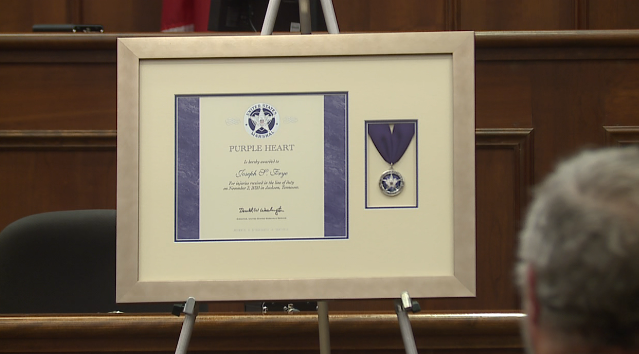 “As they approached the house where he was, they were ambushed and the suspect fired shots from a window of the house and shot Joe three times,” U.S. Marshal Tyreece Miller said.

On Monday, a ceremony was held in Frye’s honor at the Madison County Courthouse.

Several city and law enforcement officials were in attendance, along with Governor Bill Lee. 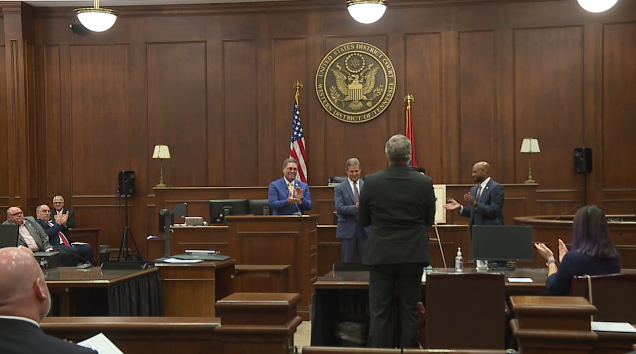 The Purple Heart is given to those who are injured or killed in a line of duty, and thankfully Joe is here to receive the award,” Miller said.

The award is a symbol of his bravery and persistence, but he couldn’t have done it on his own.

“Once Joe was shot, he was immobile, and if not for the team, Joe might not even be here.”

Frye is now fully recovered from the incident.

“He is the first TDOC Special Agent to be shot in a line of duty and hopefully he’ll be the last.”

Frye has been with the Tennessee Department of Correction for over 25 years.