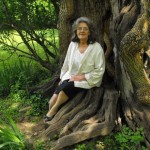 Carolyn was born October 13, 1940 in Knoxville, Tennessee, the daughter of the late Judge Bernard Gleason and Lena May Connelly Gleason. She graduated in 1958 from Knoxville Catholic High School and was married April 28, 1962 to Peter Lucius “Pete” Reagan who preceded her in death on November 4, 2017. Carolyn was employed as a surgery technician in earlier years and was a homemaker for much of her life.

Mr. and Mrs. Reagan were residents of Eads since 1976 and they were members of St. Philip the Apostle Catholic Church in Somerville. She was active with the Boy Scouts and Girl Scouts, and she loved dogs, cooking, and creating floral arrangements. She always wished for a house full of children, and she created a home that offered the feeling of family to anyone who entered. Mrs. Reagan will be remembered for being the heart of her family.

A special thanks goes out to Linda Wright, her caregiver of the last two years.