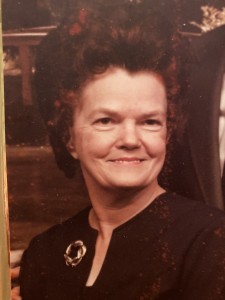 Martha was born May 7, 1929 in Memphis, Tennessee, the daughter of the late Preston Allen Kinney and Lou Ella Simerson Kinney. She graduated from Bartlett High School and was married June 24, 1950 to Lawrence Isic Markle who preceded her in death on November 28, 2007. She was a member of Morning Sun Cumberland Presbyterian Church in Cordova where she played the organ.

Martha had been a resident of Somerville since 1970 and was a homemaker throughout her life. Previously, she played the piano at Shady Grove Baptist Church in Somerville and donated her piano to their church. She enjoyed cooking, sewing, shopping, watching soap operas and fishing. She will be remembered for being a devoted wife and mother.

Pallbearers will be family members and friends. The family requests that memorials be directed to the church, charity or organization of the donor’s choice.