OBION COUNTY, Tenn. — As many communities have been devastated by last week’s storms, one survivor says his family is safe because of something that was nearby them. 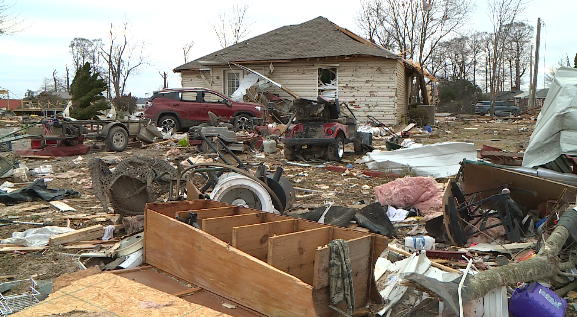 One Obion County resident says what his family and friends went through was indescribable, but they’re fortunate they’re alive.

“You always see it on TV and it never happens to you, it’s always somebody else. Well, it can happen to you. I worked approximately 15 years as an insurance agent, I’ve seen disasters, I’ve seen everything but I’ve never seen anything like this, nothing compares to this,” said Ricky McNabb, an Samburg resident.

He was able to get into his neighbor’s underground storm shelter along with some of his friends before the storm hit Samburg. 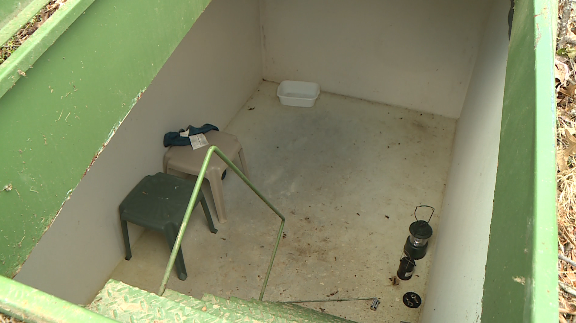 “It probably lasted five seconds at the most, but it was so awful. Train noise wouldn’t even describe it, we were in the storm house and you could feel the suction coming, it was wanting to open that door, if it ever opened that storm house door we would’ve been gone,” said McNabb.

Close to 10 people were in this storm shelter, and it was able to protect them until the storm passed. 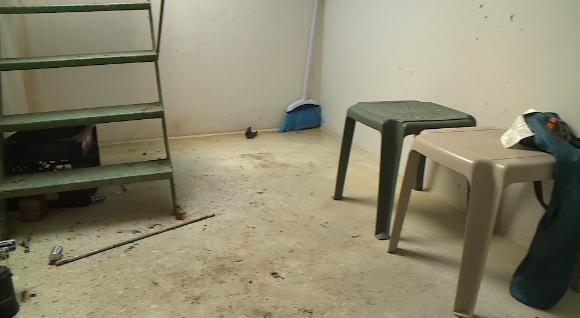 “I don’t know that it’s hit me how much I’ve lost now of things but that’s just not important to me, it’s the lives and the people that’s hurt,” said McNabb.

Despite going through that scary experience, he and his wife try to see the positive in what happened.

“We’ve cried so much we don’t have no more tears, I guess and it hurts. But it’s material things, material things don’t mean anything, it can be replaced. We got our lives saved, we’re safe, we got each other, we’ve got our friends, we’re lucky, God is with us,” said McNabb.

He also offers this word of advice.

He also says he’s never seen this much outpouring of help from strangers with food, water, blankets and other needs and says he’s very thankful for all the help.